Skip to content
Home
/
This fight left us Hanging

We knew this fight was going to be a classic and it didn’t disappoint anyone. Well maybe Felder once the split decision didn’t go his way lol.

But the fight was pretty evenly fought. Most of the stats went in the favour of Felder, but it was the take downs that seemed to end sway the judges to the direction of Dan “The Hangman” Hooker. 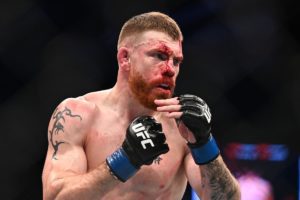 By the end of the fight, Felder looked pretty worse for wear as Hookers punches didn’t miss very often and it left Felder only being able to see out of one eye, which seemed to be a bizarre decision by the referee and Doctors to let him continue the fight. 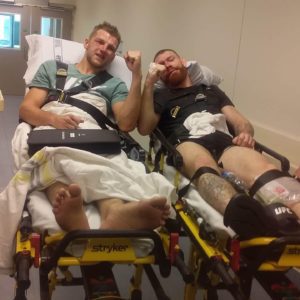 With both boys heading off to the hospital together, Felder seems to have come off worse as he thinks got a broken face lol, which we believe led him to throw in his gloves at the end of the fight and mention his intentions to retire.

We hope that’s not true as the Irish Dragon did look to still have plenty of skill to offer the UFC world.

What did you think of the fight Champions?