Armchair Champions we are joined by one of Australia’s finest stand up Comedians and creator of the hit TV show “Here Come The Habibs” Rob Shehadie.

Rob was also a decorated sports star himself as he represented Australia in Rugby Union at School Boys, U/19’s & U/21’s level. Rob also went on to represent Lebanon in Rugby League were he played alongside Canterbury Bulldogs Legend Hasem El Masri. 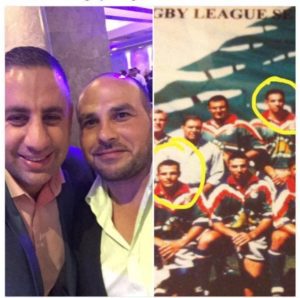 He’s a massive Parramatta Eels fan and is the UN-official Mayor of Parramatta too. You can also find Rob down at the Sydney Kings games cheering on the boys. 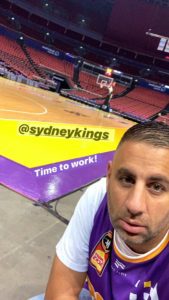 Rob tells us his thoughts on the state of the game for Rugby Union and Rugby League and he doesn’t hold back either.

We have plenty of laughs with Rob as expected.

The Jordan and Goose awards are handed out from the year 2006 as well and there are some surprises in that and some laughs with the Goose awards.

Sheriff called us in to his office again to hit us with a sports quiz, which created some really good chat and laughs.

Please enjoy the podcast and as Sheriff always says, “Keep your Balls between the lines”.